Who Is Captain Rick Anderau

To whom it may concern: 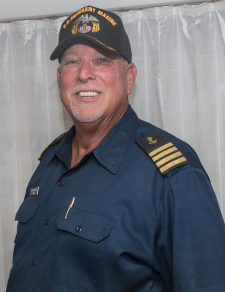 Having continuously owned and operated marine power vessels since 1980. I became a Coast Guard Licensed Captain, “Operator of Un-inspected Passenger Vessels,” in September 1995, and earned my “100 Ton Masters License” in September 1997 (last renewal in May 2018). In March 1998 I earned the commercial towing endorsement to my Masters license, and, I hold a current TSA TWIC Card.

In addition to Coast Guard licenses, I have held my “single engine – land” Pilot’s license since September 1988, licensed to operate an aircraft by the Federal Aviation Administration. In January of 2004 I also earned my “Class D” motor vehicle operators license from the State of Florida.

Because of my vessel operating skills and demeanor, I am in demand for “Hands-On” vessel operating instruction for multiple area boat brokers, dealers, and, insurers. Additionally, I am regularly called on to operate vessels for transport, shake down, sea trials, and, surveys. Annually I operate well over a hundred different vessels, for cumulative thousands of hours.

I am a proud military veteran and a member of the American Professional Captains Association, and, I will gladly provide personal and commercial references upon request.

Back to Home Page?